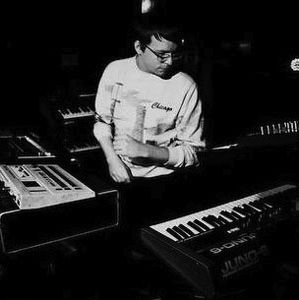 This edition of Alien Jams featured lots of great new music, including a couple tracks from the excellent Klara Lewis, as well as new Thought Broadcast. I also played an exclusive new track from oMMM, which Edmund recorded a couple weeks ago. Even though it’s very different from his Alien Jams release, all of his stuff is super! This one is named “Ghost Ride the Crib”…