Ain Bailey played a set, ahead of her Sonic CueB performance later that week.  I was also joined by Luca who curated the South London festival, and we got a chance to chat about it on the radio. 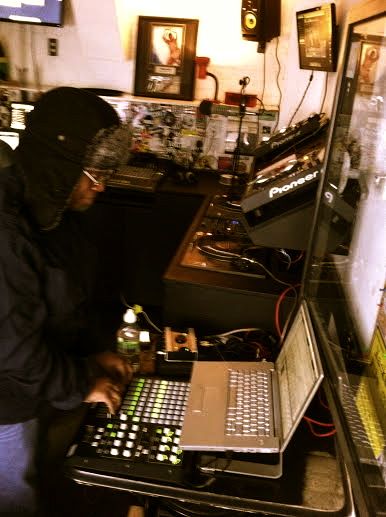 I played a few tracks to start the show and then Ain did a live radio set, which was really cool! Here are a few words about Ain (taken from her tumblr page)

“Ain Bailey is a sound artist and dj living and working in London. Bailey recently graduated from Goldsmiths, University of London with a MMus in Studio Composition.  Her electroacoustic compositions make extensive use of synthesised samples and field recordings, and are utilised for installations, moving image soundtracks, and multichannel and stereo playback.” 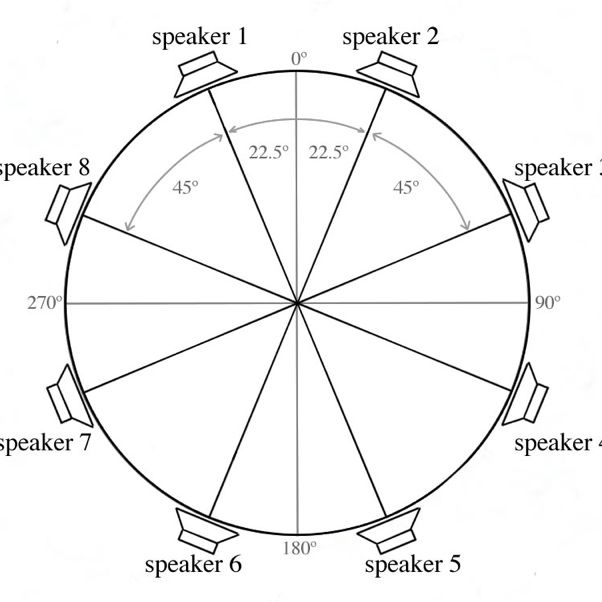 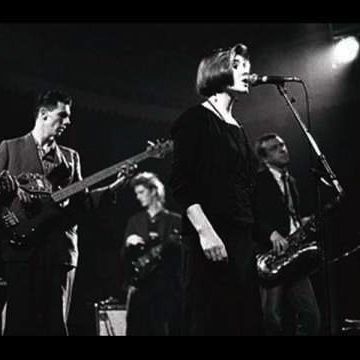 First known for her role in the pioneering post-punk band Young Marble Giants, Alison Statton continued making music after the group dismantled, operating under the name Weekend. Teaming up with Spike Williams of Z Block Records and Reptile Ranch, as well as Simon Booth (later of Working Week) they signed to Rough Trade in 1981 and released one studio album, called La Variete, along with three EPs. Later discovered in the mid-90s, a collection of demos revisiting Weekend’s early days appeared on The ’81 Demos, a 1995 CD release by the Vinyl Japan label, while also emerging as bonus material in the 1992 Cherry Red reissue album of La Variete. The ’81 Demos now form the latest focus in Blackest Ever Black’s occasional dalliance with archival matters and offer Weekend listeners the first vinyl edition of these early recorded works.

Although each of these four tracks were originally released on Weekend’s debut cassette Le Variete, these demos offer different versions of the recordings, and are almost unrecognizable in some cases; comprised of jazz infused tracks, though less embellished than some of their previously released works. The rich earthy guitar tones of “Drumbeat” combine with Statton’s signature dreamy vocals, along with the occasional chiming of minimal percussion. “Red Planes” delicately unleashes its powerful hold on the listener, where violin penetrates stark drum machine beats. Through this track Statton’s vocals are resolute, yet jarringly detached in their delivery, eerily void of emotion over dub inspired patterns.

The echo filled backdrop and recorder wailings on “Nostalgia” show a true departure from some of Young Marble Giants grittier guitar tracks, with vocals that take on a distinctively reflective lyrical style. “Summerdays Instrumental” speeds up the tempo with a panicky pulse, but the main focus of this track is the expressive guitar tones that unfold, seemingly unrelated to the poppier vocal fuelled version of this track found on the original release of La Variete.

Weekend were short lived, but in their time they managed to produce some truly great works and are often cited as musical influencers. Their work can now be appreciated more fully by fans and newcomers alike thanks to Blackest Ever Black’s archival endeavours.

I joined some wonderful ladies in organizing the Androgynous Mind event at Ace Hotel. Throughout the event, we recorded the DJ sets and I have compiled just a few of the tracks that were played on the night, which can be found in the link above. Thanks to all of the performance artists and everyone involved, very pleased with how the night turned out! 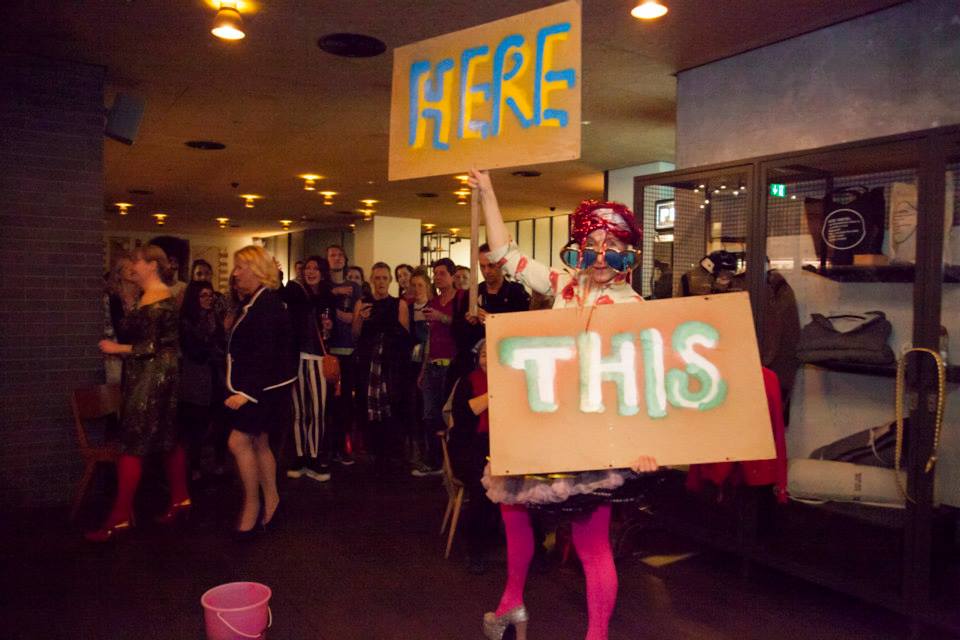 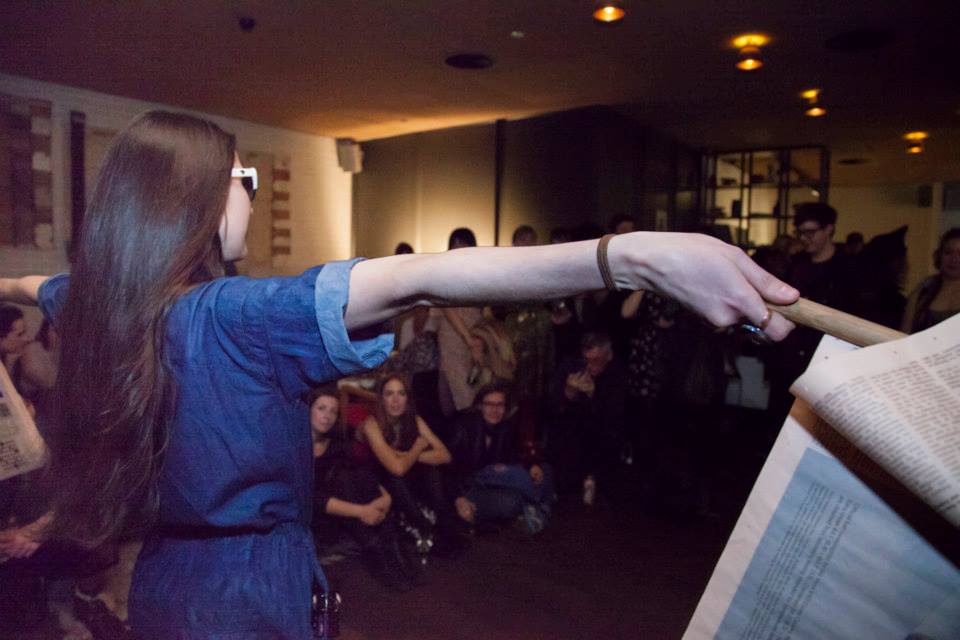 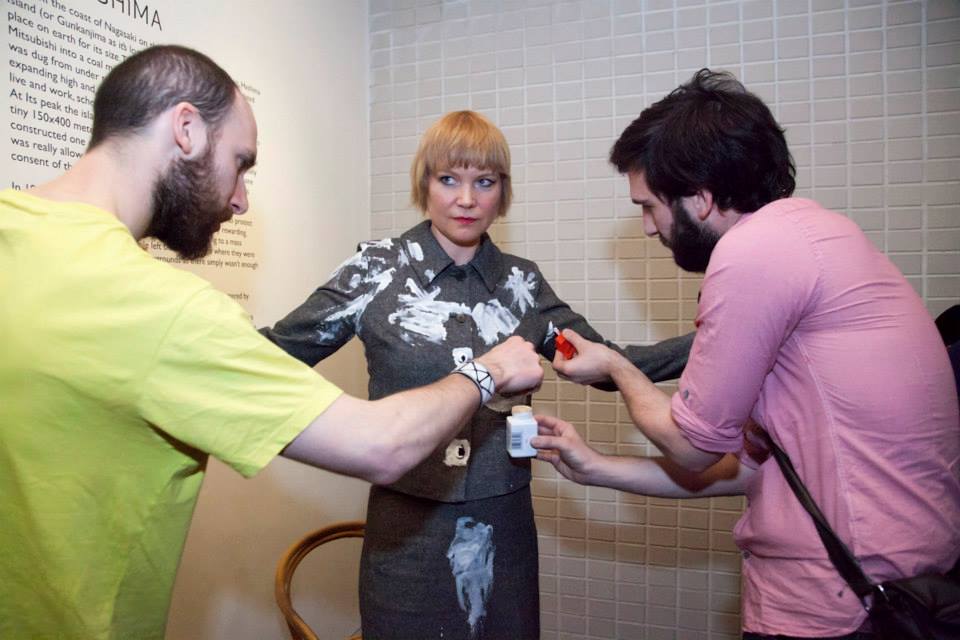 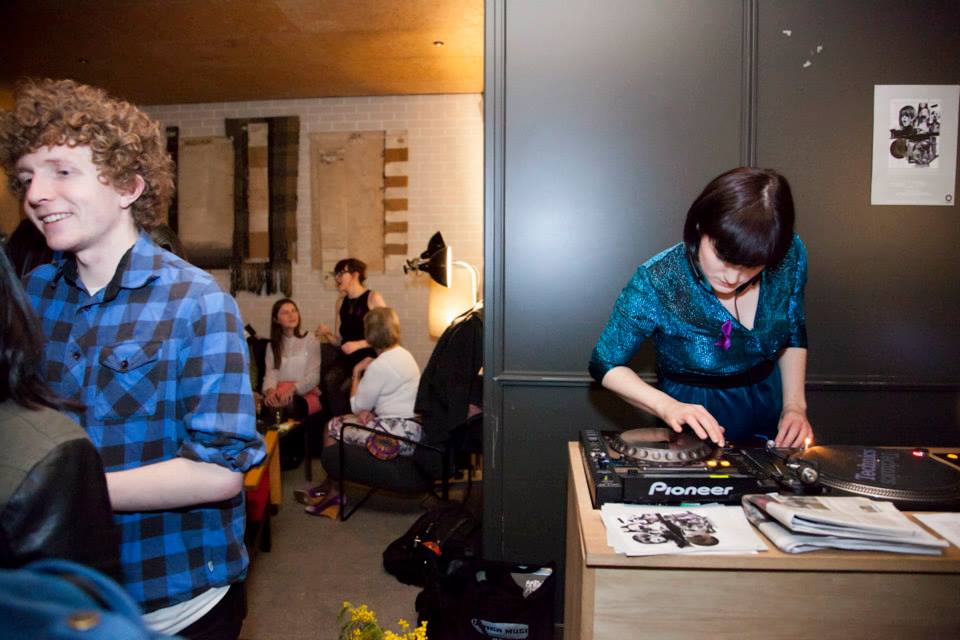 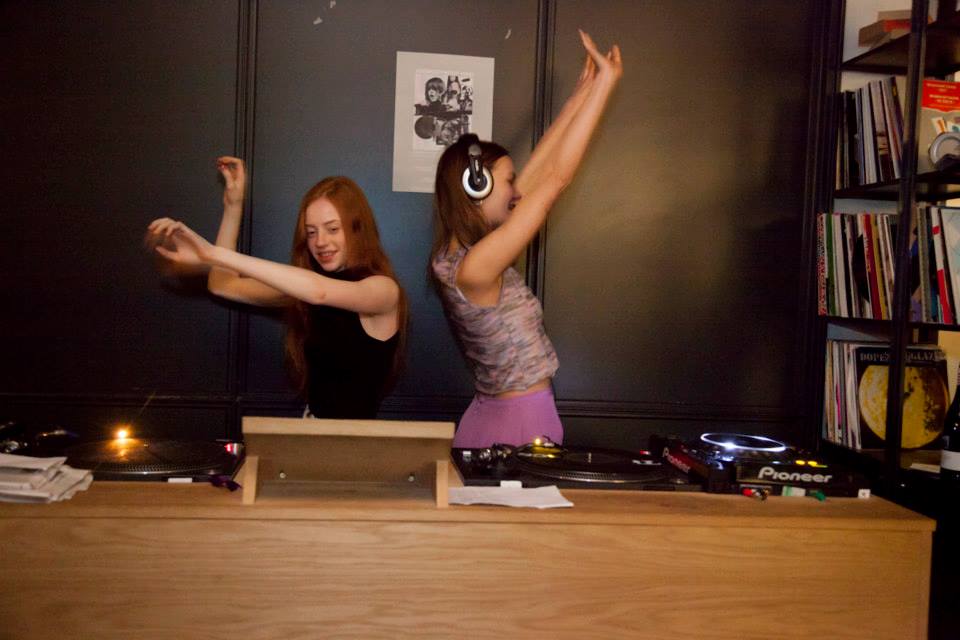 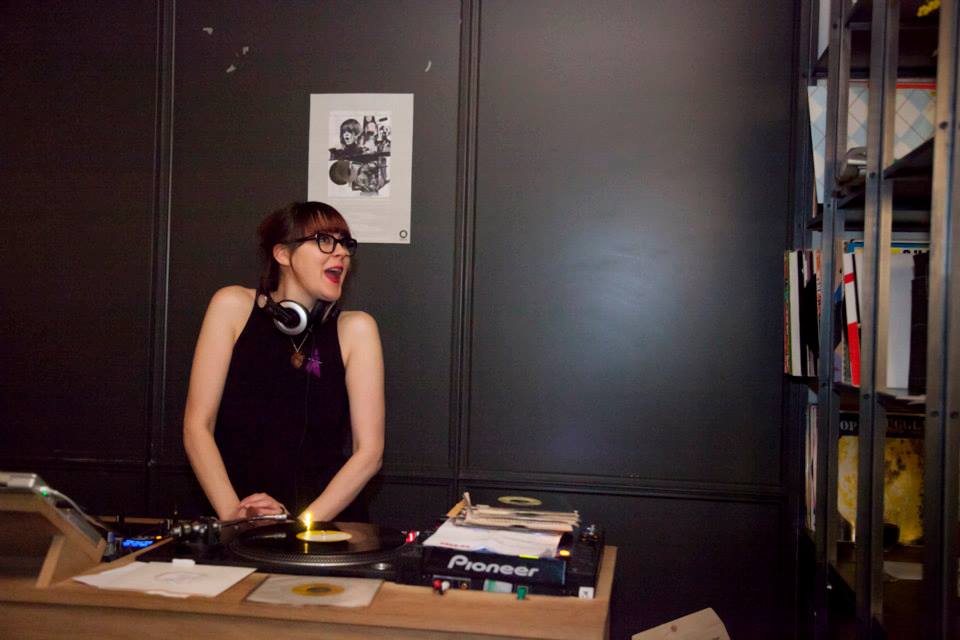 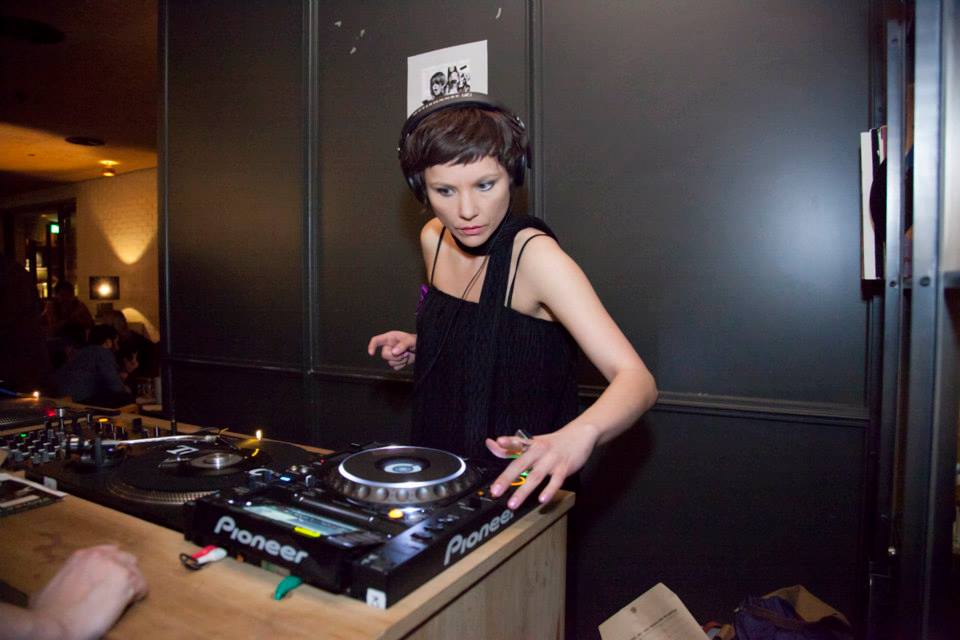 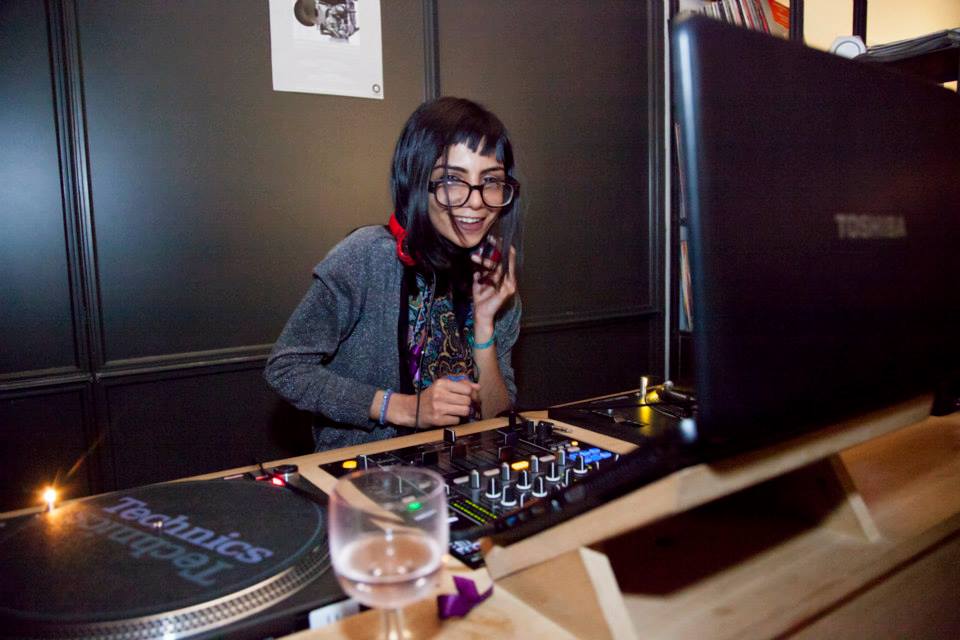 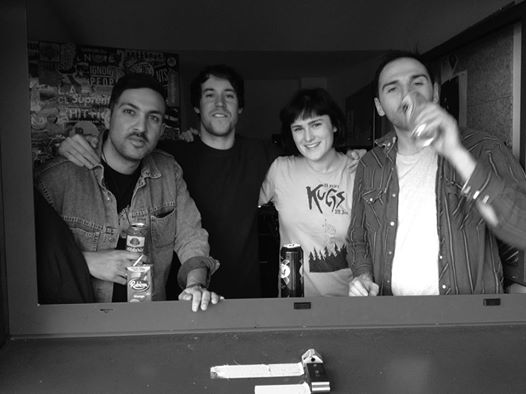 Last week I had Richard, Martyn and Adam in the Studio of Kit Records and Full House. These guys alternate slots before my show on Sundays. Since I usually arrive at the studio a little before my radio slot, each week I get a chance to hear the tail end of their shows, and I’m usually blown away by their selections.

Here is a review I did for Juno Plus a few months ago on Hard Corp’s Rarities release. 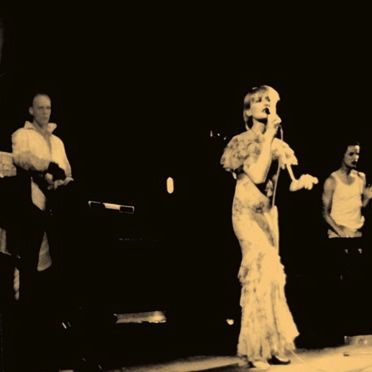 There seems to be no end to the flood of synth reissues over the past few years, labels like Dark Entries, Medical and Mannequin are among current record labels digging deep, committed to unearthing forgotten rarities from often unsuspecting musicians. At the very centre of this movement is digger extraordinaire, Veronica Vasicka, who coined the Minimal Wave genre back in 2005. After releasing Clean Tables Have to Be Burnt by Hard Corps in 2012, Vasicka brings forth the Rarities LP, a collection of out-takes and demos issued in dedication to frontwoman Regine Fetet who passed away in 2003.

This Brixton-based band developed a devoted cult following throughout the mid 80s, as well as getting a reputation for their killer live performances. Things started looking up when Hard Corps were featured on John Peel’s radio show, and subsequently signed with Polydor in 1985, getting a chance to work with renowned producers like Martin Rushent and Daniel Miller, as well as touring with Depeche Mode and The Cure. But this promising period only resulted in one single, the undoubtedly brilliant Je Suis Passée. Although this track was a hit throughout underground dancefloors, the band’s work failed to break through to the general public, and their Polydor time proved to be less fruitful than many had expected.

Regine Fetet’s vocals are distinctively haunting throughout the release, cutting through harsh industrial textures. Regine came from a background of exotic dance, which perhaps influenced her evocative live performances; for instance, it was not uncommon for her to strip down during the gigs. Hailing from France, she was not a trained vocalist, and initially struggled with timing and enunciation, but this background perhaps made her vocal deliverance all the more interesting.

The ghostly quality of “Bravo” stands out in this LP of unreleased cuts, driven by a punchy bassline that feels razor sharp against warm ethereal synths, drenched in reverb. Following suit, the rigid drum sequences of “Killing Fields” are treated with effects that brighten harsh mechanics behind the track, accentuating warm, lush analog electronics found throughout the release. There’s an undeniably groovy bassline on “Desire” that is topped by silky vocals, with gleaming synths that flow throughout track.

The Hard Corps canon is rougher than some of their glossier synth-pop counterparts of the time, with music that embraced a gritty lo-fi approach through their carefully constructed tracks. Even so, there is undeniably an element of warmth that ties together this LP, an organic intensity that emanates from Regine’s vocals to the buzzing of analog hardware, enveloped in a dreamy haze of reverb. These tracks form an absorbing collection of out-takes and demos that emerge from obscurity after collecting dust for many years and can finally be appreciated thanks to the Minimal Wave label,.

This Friday March 7th, Linear Space is back at the Star of Kings, with Chloe Frieda (ALIEN JAMS) and Debonair (Radio DEBONAIR)

…italo-disco, post-punk, off-kilter house and techno for your listening pleasure! Come join us in our favourite Kings Cross pub!