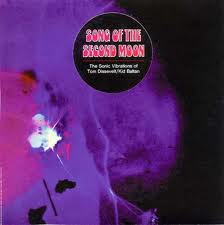 A bonus of visiting the US is GREAT record shops made extra exciting with exchange rates! I was in Portland this weekend and picked up this classic gem!
“Song of the Second Moon” is by Tom Dissevelt and Kid Baltan (aka Dick Raaijmakers), who were both employees of Dutch Philips Research Labs.  Really wonderful album, early electronic experimentation way ahead of its time!
Their debut, “Electronic Music” (aka Song of the Second Moon) was originally released under The Electrosoniks moniker in 1957. It was later released in 1968 under their artist names “Song of the Second Moon: the Sonic Vibrations of Tom Dissevelt and Kid Baltan” (which was the copy I came across).  This album has also recently been released by Omni Records. 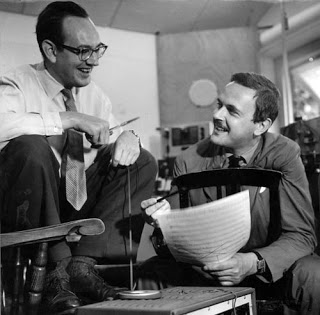