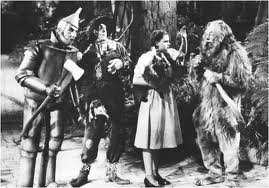 This rare album from 1968 demonstrates the diversity of Mort Garson’s work.  The album really shocked me because it seems worlds apart from Black Mass, which was released three years later.  Wozard of Iz is a political satire of the 1939 film, with lyrics by Jacques Wilson. It is said that Nancy Sinatra was the vocalist under another name.