Louis and Bebe Barron were American electronic music pioneers best known for writing the first electronic music for magnetic tape and the soundtrack for Forbidden Planet (1956), the first entirely electronic film score.
The Barrons married in 1948 and started a life in New York.  The couple received their first tape recorder as a wedding present from Louis’s cousin, starting a lifelong dedication to electronic music. Louis and Bebe Barron’s work was greatly influenced by Norbert Weiner’s 1948 book on Cybernetics, which he defined as “the scientific study of control and communication in the animal and the machine.”
Soon after moving to New York the Barrons opened a recording studio in Greenwich Village where they recorded many artists and musicians work including readings from Henry Miller, Tennessee Williams, Aldous Huxley and Anais Nin. 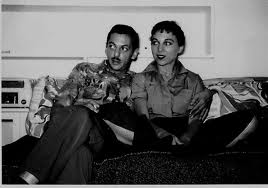 The last Alien Jams show featured a track by Louis and Bebe Barron from the film Bells of Atlantis (1952), featuring Anais Nin reading from her book, House of Incest. 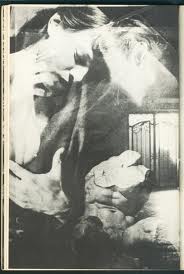 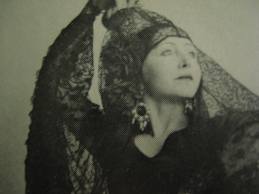