It was a pleasure to have Shelley Parker on the radio. Check out her killer live set here!

“Shelley Parker is an artist based in London. Her practice explores the experiential potential of sound and image through the manipulation of technology and the study of structure and material. Live audio feeds, bass frequencies and found sounds are recurring themes within her performance, installation and music production.

In 2003 she joined the Haywire DJ roster alongside Andrew Weatherall, Radioactive Man and Magda. Her distinctive bass driven sets, encompassing elements of old school hardcore, techno and electro led to regular DJ sets at Fabric, The End and also Tate Britain. Since 2008, she has performed her bass heavy hypnotic live sets alongside artists such as Mick Harris, Mark Fell and Chris & Cosey at venues spanning the Barbican, De la Warr Pavilion and most recently The Outer Church at La Casa Encendida in Madrid. Her site specific live sets include Beachy Head for the Cerith Wynn Evans’ programme incorporating a live audio feed from nearby Beachy Head (De la Warr Pavilion, 2012) and for her residency at Space, a live performance at the White Building employing sounds of the static hiss of pylons and electricity hum recorded at Dungeness Power Station (July 2012). In May 2013 she also contributed to the Hydroacoustics event (alongside Zoviet France, TVO and Roly Porter) with a performance inside the hull of the MS Stubnitz constructed entirely from audio samples of the ship itself.

Her sound installations include Bird Cage for the John Cage retrospective (De la Warr Pavilion, 2011) and Northfleet in All Saints Church, Lydd commissioned by Art in Romney Marsh in response to a performance by the South Bank’s Orchestra of the Age of Enlightenment (2012). Additional commissions include Cast (Cold War Modern Art & Design, Victoria & Albert Museum), Boiler House (Cornelius Cardew retrospective) and film screenings at Supernormal and Latitude. Her music production has received DJ support from Manni Dee, The Black Dog and Ancient Methods and includes remixes for Filter Feeder, Ensemble Adapter and Posthuman. In 2013 she released two solo EP’s: Power Station on her label Structure and Sleeper Line for Entr’acte which was voted by Fact Magazine as one of the best EP’s from Jan – June 2013. Additional releases include Anvil for Acre Recordings and Drill for the Wire Magazine’s Below the Radar series. Since 2007 she has run the label and events programme Structure exploring aspects of found sound, noise and the legacy of British bass music.” -bio taken from shelleyparker.co.uk 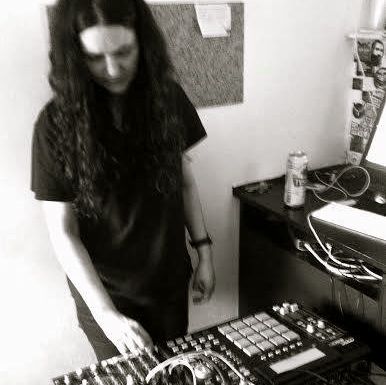